Scientific-educational project - 100 Georgian folk songs is a joint project of The Anzor Erkomaishvili Folklore State Centre and Georgian Public Broadcasting.
Anzor Erkomaishvili was the initiator of the idea, he was the person desiring to preserve educational audio recordings of all the regions for the future generation.
10 educational recordings of Svanetian songs performed by the ensemble Riho recorded by the Folklore Centre already exist. Artistic director of the ensemble, Vakhtang Pilpani remembers how Anzor Erkomaishvili called him from the hospital, shared this idea and told how much he wanted to be Kviria and Zari among the rest recordings. 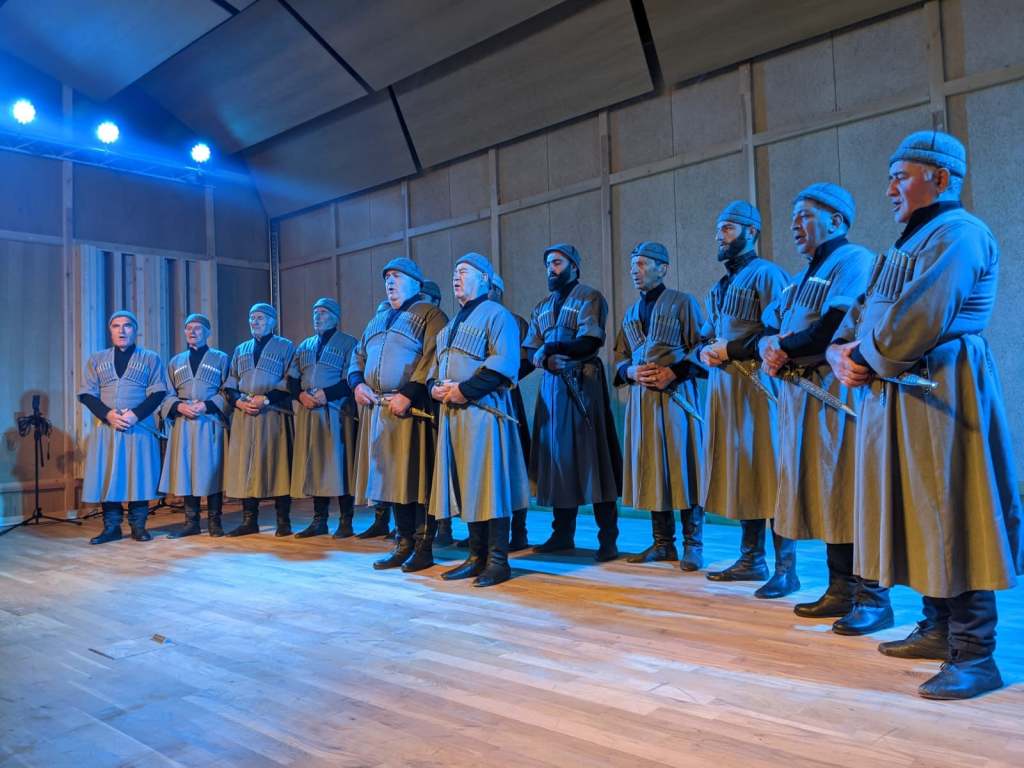 Once a month different ensembles will record 10 best songs at the Folklore Centre involved by the GPB. Anzor Erkomaishvili could carry out the similar project in the beginning of 2000, when the CD of Megrelian and Gurian songs was released. After that, he could also record about 20 Gurian songs together with Buba Khotivari for educational reasons, nowadays, the mentioned project is a kind of continuation of the one carried out by him years before.
The next program will be dedicated to the recording the ensemble Shilda`s educational CD and DVD.